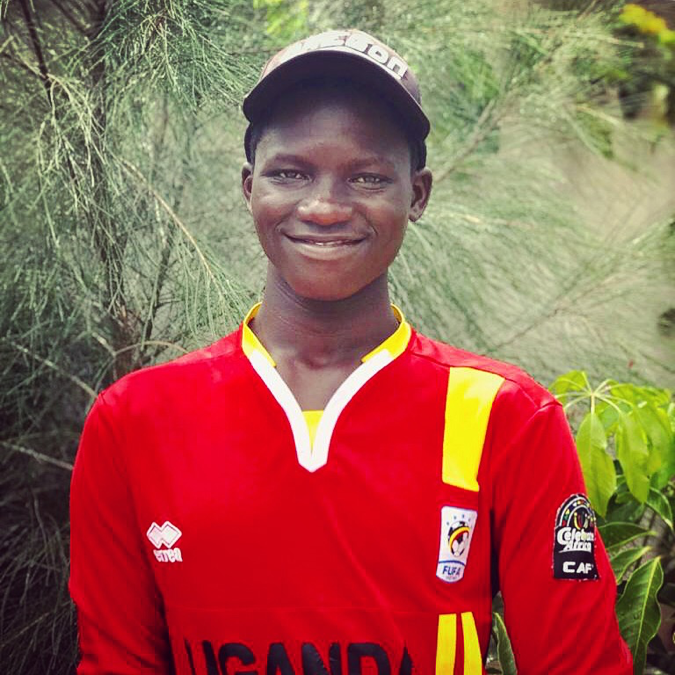 “You Are Most Welcome!”

-As told by Jared Morrison with permission

If you ever get to visit our home in Uganda, the first smiling face you will see is a young man named Wasswa.

After rushing to chain up our four-legged welcome crew, Wasswa will fling open both sides of our gate and proudly stand at attention as you pull in and climb out of the car. If you’re returning, he’ll cheerfully greet you with, “welcome back!” If you’re visiting our home for the first time, you’ll more than likely get, “you are most welcome!”

Wasswa wasn’t always posted up at our gate. His life started deep in the village in extreme eastern Uganda, near the border with Kenya. When he was just a young boy, tribal wars in the area drove him and his family from their homeland farther into Uganda to a village on the Nile River, just outside of Jinja. Sadly, during their abrupt exit, some of his family was murdered. In fact, his uncle was murdered right in front of him and his mother.

It wasn’t easy to pick up and leave everything they knew, especially in a frantic hurry, but they made the best of it and Wasswa’s father quickly took up fishing on the Nile to try and support their family. It was during this time that he unfortunately learned how to function on little sleep. Wasswa does a great job keeping our compound secure at night, including making patrols when he hears our dogs barking throughout the night. The reason he can stay so alert during the night is because his father used to make him drive the boat all night while he fished.

Wasswa has told us several stories where his father would come home around 11pm, after drinking all evening, and kick and slap Wasswa until he woke up to drive the boat for him. And if he fell asleep at the stick, his dad would force his head under the cold water for several seconds to wake him up. Wasswa tells us this is how he learned to stay awake and hold his breath under water for a long time.

It was also around this time that his mother found out the man they witnessed kill her brother was stationed at an army base right outside of Jinja. She somehow got a picture of this man and sent Wasswa with it to hide out near the army barracks and kill this murderer when he found him coming or going. He says that he hid in the sugar cane fields near the barracks for several days watching for this man. He even found a loaded gun that someone had left in the fields, along with some other interesting things, like drugs and blades. After waiting for many days, he finally gave up and returned home to tell his mother that he couldn’t find the guy who killed her brother.

When Wasswa told me this story one evening sitting around our fire pit, I was speechless. This 18-year-old kid has been through more trauma in his short life than most of us will ever experience in our lifetimes. I told him, “Wasswa, think about it. If you had murdered that guy, you would more than likely be in prison right now, or possibly even be dead! God made sure you didn’t find that guy because He has big plans for you!”

It was shortly after this failed murder attempt that our brother, Patrick, met Wasswa in the village and hired him to help build a house for some American friends. That job led to another job, which led to Patrick bringing Wasswa to help work on the house we live in. And after several months of working diligently and honestly for Patrick, Wasswa was picked to stay and work for us as we transitioned to Uganda.

Some people have a problem with Americans employing Ugandans for groundskeeping, housekeeping and guarding their homes, but done the right way, it can be an amazing opportunity for discipleship. You see, Wasswa isn’t just a guard or a groundskeeper, he’s family. He stays on our compound and eats 3 good meals per day for free, and we pay him an above-average wage compared to other employers here. Wasswa spends a lot of his time playing with our kids, reading his bible, and chatting and asking questions about the Bible to me and Kimberly. We have also developed a savings program and he saves over 75% of his paycheck every month and has plans to use that money to buy himself a Boda Boda (motor bike) and enroll in mechanic school.

Think about it, we won’t always be here in Uganda, or in this house. If we were to pack up and leave today, we want to be sure we’ve poured into Wasswa, and all of our staff, as much as possible and leave him with the ability to sustain himself once we’re gone. That’s real discipleship that makes a lasting difference.

So next time you’re praying for us Morrisons, take a minute to pray for Wasswa. You can pray for our other staff, Victor and Nerry also. Pray that God would help us to lead them in such a way that they would become empowered and equipped to be lights in their families, communities and country. Pray that this wouldn’t just be a job for them but rather they would feel accepted like family and that God would use them to help us learn and appreciate Ugandan culture more and more every day.

And if you ever decide to come visit, expect to see Wasswa’s smiling face at the gate as soon as it is flung open. “You are most welcome!”