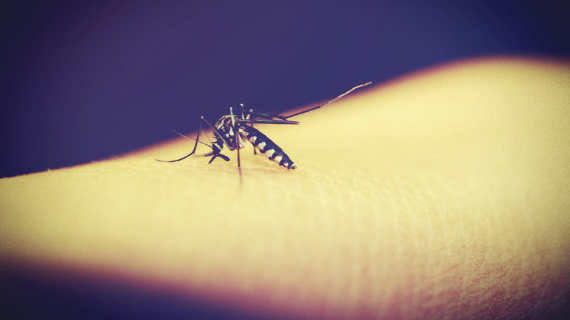 Malaria: The End Is in Sight

We take a holistic approach toward caring for the world’s children at Forgotten Children Worldwide. From our anti-trafficking efforts to our clean water initiatives, we work to support children’s safety as well as their health. Malaria is the number one killer of children in the world, so we take action. While deadly, malaria is both preventable and treatable. It’s a worthwhile cause not just because malaria is a big problem. It’s a fixable problem as well.

UNICEF reports that a child dies of malaria every two minutes. In 2016, almost half of the world’s population was at risk of contracting the disease — that’s about 3.2 billion people. Of the 445,000 people who died of malaria that year, 290,000 of them were children under the age of five. Even those who survive the initial illness may never fully recover. Children infected by the disease may experience intellectual disabilities for the rest of their lives.

While malaria is an issue in many parts of the world, it poses an especially big threat in sub-Saharan Africa. The WHO regions of Africa, designated by the World Health Organization, are disproportionately affected, seeing 92 percent of cases and 93 percent of deaths caused by malaria in 2017. Across the board, the world’s most vulnerable people tend to be at the highest risk. This includes not only children, but pregnant women and refugees as well.

For a while, we were making steady progress. Between 2000 and 2015, the mortality rate for malaria fell by 60 percent, and the number of malaria cases dropped by 37 percent worldwide according to UNICEF. In 2016, however, those numbers began to plateau.

The issue isn’t that we haven’t found effective tactics to prevent malaria. Insecticide-treated mosquito nets, while simple, are the most common and effective method of prevention. Unfortunately, the amount of nets provided has slowed in recent years.

In sub-Saharan Africa, more than half of households have less nets than are needed to protect all occupants. The nets themselves are relatively inexpensive, costing about two or three USD each. So the question at hand isn’t, “How do we prevent malaria?” as much as, “How do we channel more resources toward fixing the issue?” In recent decades, we have made incredible strides toward preventing malaria worldwide. Current global funding to fight malaria, however, is currently less than half what it needs to be to eradicate the disease.

In order to help meet this need, Forgotten Children has made providing mosquito nets to vulnerable people around the world one of our initiatives. You can increase our impact by donating to our Water & Wellness campaigns. While there is still a lot of work to be done, we’re holding out hope. We know how to eliminate malaria. Now it’s time to do it.

« Sex Trafficking and the Super Bowl: Are We Missing the Point?